Breaking Free from Your Comfort Zone 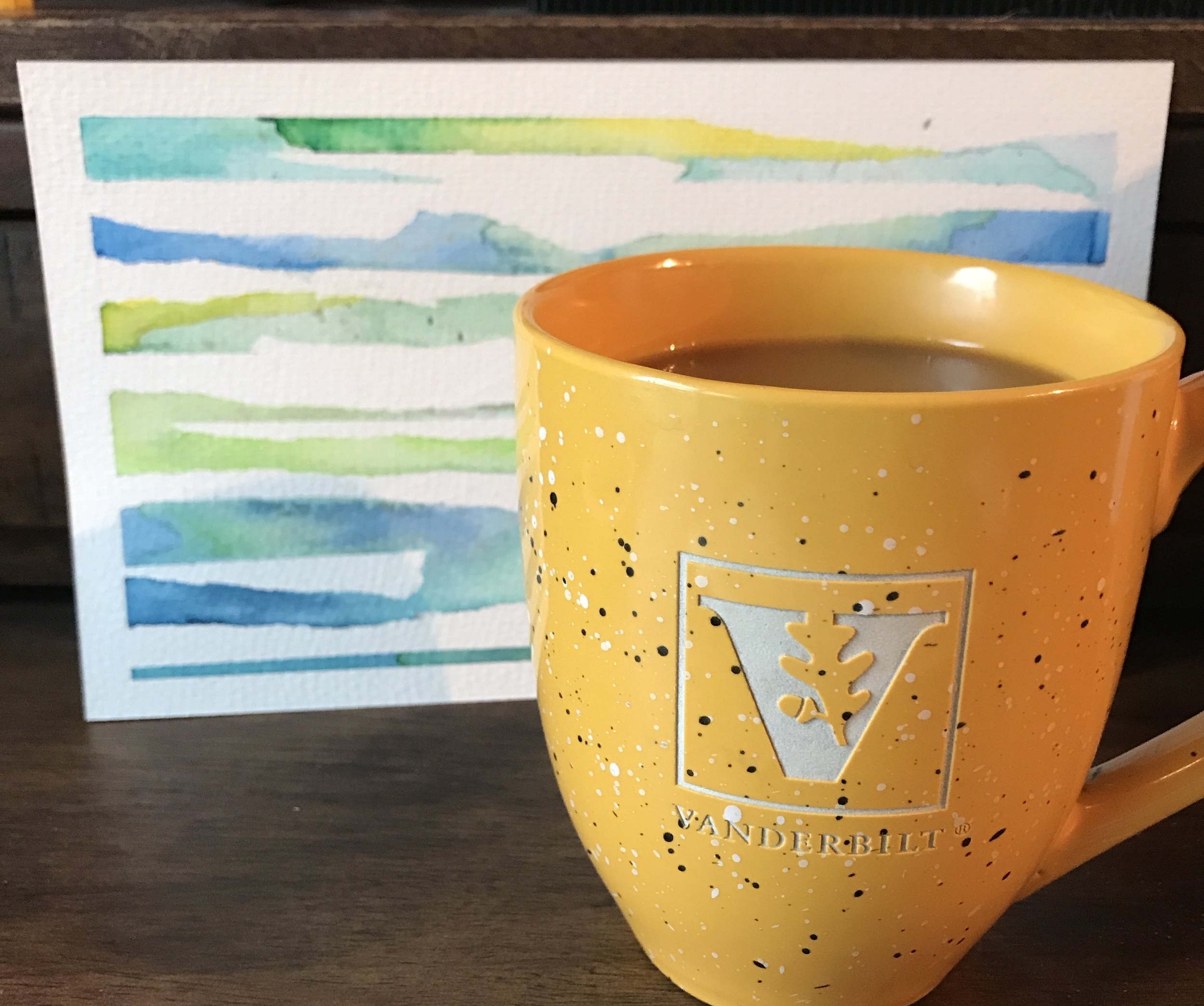 (Best coffee cup I own at the moment, because it’s the biggest)

I started nursing school 5 years ago. I went on a whim, crammed for the GRE, applied to Vanderbilt and got in.

Of course it was more complicated than that, filled with anxiety and excitement. But above all, it was a solution.

I thought we just needed more money. I thought our family was sinking (new baby, daycare costs, student loans still lurking about). I hated being tight on cash.

I reached the top of my corporate ladder less than 10 years into it. I was running the show before I was 30 and had nowhere else to climb. It was… disappointing to say the least. That’s it?

I’m a learner, a grower, always stretching myself. I’m a high-performance person and people like me need to be challenged. We thrive on it.

There was no more to learn. I was bored and broke (being at the top doesn’t always mean good money). Looking at the next 30-40 years doing this? No thanks.

It made sense to jump ship. This path doesn’t work, so choose another, right?

My solution was simple. Go back to school, learn something else, get paid more. This is what the world says to do.

And while we need to survive and pay bills, deep down we know it’s not about money.

I was recently talking to a woman in one of the highest paid medical professions out there. She was telling me how unhappy she was, how BORED she was, and how she would actually take less income if it meant she could find more fulfilling work.

Proof that money is nice, but it’s not everything.

I’ve been on this journey for a while now… the “figuring out what I want to be when I grow up” and it’s funny that I’ve come right back to where I began.

I’ve always drawn pictures. I wished I could go to school and major in PAINTING and just have fun and love what I was doing and not worry about money.

I’ve done murals all my life, been commissioned for paintings, and had professors keep / purchase my class projects on multiple occasions.

So why the hell did I go apply to nursing school?

There’s a voice that tells us the thing we are gifted in is not the thing that will sustain us. Society, parents, schools, whatever… and we learn that our gift is not enough. We must stretch it, push it, turn it into something that is more useful to a corporate society.

Why? So we can hold jobs and not be homeless. The intention is well-meant.

Yesterday it occurred to me that getting outside your comfort zone doesn’t mean you become someone or something you’re not.

We get confused. Do what’s uncomfortable, right?

I interpreted that to mean: Do what you’ve never done. Do something new. Be open to opportunities. Try something scary. Go a completely new direction.

And I did all those things to the extreme, with gusto, in the name of giving us a better life.

I got into grad school.
I started a business with some amazing women and started putting myself out there.
Which led to me starting my own thing and being able to leave my job.

Except for the being of myself. Actually asking myself what would make ME happy.

Being (and finding) who we really are is hands down one of the most challenging things we’ll ever do. Most people aren’t up to the task.

Most people believe they’ve got to work hard and sweat it out and grind away at life. Most people live for everyone but themselves. Most people are clueless about what they really want.

We don’t take care of ourselves, we don’t listen to ourselves, we give it all away in the name of being a martyr and a “good” ________ (wife, daughter, mother, etc) and then wonder why we’re unsatisfied in life. I gave everything, and I’m empty…

I painted this yesterday. I don’t know if it’s good or not. It doesn’t matter. It was simply a study to see if I still could do what I’ve always done. A re-stretching of the painter’s legs after being shoved in a box for a decade and told to keep quiet (we are the hardest on ourselves, aren’t we?).

I had a hypnotherapy session a couple months ago where I discovered AGAIN that I still wasn’t being myself. The person I’ve always been has (obviously) been here all along.

And I’ve been too scared, too busy, too judgmental about what she could offer the world.

I told myself it wasn’t enough.

Other people told me it wasn’t enough.

I believed it all.

This is what I’ve been given. Art. Creativity. Painting. Drawing. Creation.

This is where that elusive “zone of genius” lies. I’ve been searching for years. It was here. All along. Of course it has…. it’s part of me.

I just didn’t think it was worth anything.

When we lose the judgement of ourselves, we stop living to please others, to make them feel better, not only do we set better boundaries and start putting ourselves first….

But we also find who we are in the process.

Seeing this juxtaposition of my journey in front of me today was no accident. Look how far you’ve come. Look at the progress you’ve made. Look at what you’ve discovered and changed about yourself.

And look how much happier you are.

Well done you. Buckle up cause it’s time to rise.

Who’s the person you’ve always been?

What would you do all day long if money was no object?

Even if it makes no sense, even if everyone around you thinks its impractical and crazy, even if you don’t know HOW….